skip to main | skip to sidebar
Now more than ever, you are needed to donate your old blankets, towels, and sheets to your local animal shelter. With financial cut-backs, repairs on shelters are often put off, so if it's drafty, the animals suffer. I know my shelter uses rags to stuff under doors. No kidding! Empty out those closets... this is your chance to get rid of stuff and do something useful!

Series On Soldiers And Dogs, Introduction

This post begins a series of stories about the connection between dogs and our deployed personnel. The first story will be an interview with Guardian Angels for Soldier’s Pet (GASP), an organization that fosters dogs and other pets for soldiers while they are deployed overseas. Next will be the Soldiers’ Angels K-9 Support Team, one of thirty support teams of Soldiers’ Angels and one which adopts K-9 units in Iraq, Afghanistan, and other places around the globe. Third will be a story about a soldier who adopted a dog out of Iraq and what they both went through to make the adoption work (with the help of many people on both sides of the globe), and last will be a look at various organizations that assist soldiers with the help of therapy dogs once they return from being deployed.

Dogs are not only our best friends, they help us in various ways and I hope to highlight a few of those in this series. This idea for this series began out of my interest in both supporting soldiers and advocating for dogs (mostly shelter dogs). I’ve been a volunteer for the past five years for Soldiers Angels. It has been one of the most rewarding experiences of my life and I have gotten back far more than I’ve given or sent. I’ve had the honor of supporting hundreds of individual soldiers, and each one has been special and has garnered my respect and admiration for doing the job they do on behalf of us all. More recently and in the pursuit of an even-more immediately evident fix, I’ve begun walking dogs at a nearby animal shelter, Yonkers Animal Shelter. There we mainly have dogs that would make great pets but are homeless for a variety of reasons. This series is my way of bringing the two interests together and highlighting some important work that is happening that I think the public ought to know more about.

First, a word about the group that started it all, so to speak, at least for the first two parts of the series. Soldiers’ Angels is an organization whose 200,000 volunteers send support via packages and letters to deployed personnel until they come home. It began in the living room of a woman whose son was deployed and who was supporting him and his unit with regular packages, since he mentioned to her that only he was getting mail. She started a blog to communicate with friends and family so they could support his unit, too. The woman was Patti Patton-Bader, founded of Soldiers’ Angels, and great-grand niece of General Patton. What began in her living room has developed into an international organization (501c-3) that everyday supports many tens of thousands of soldiers, through almost thirty support teams all who have a special focus (http://www.soldiersangels.org/ -- click "Team & Projects - How to Help" for full list). It has received hundreds of awards (including the Army’s highest civilian humanitarian award,) enlists an army of volunteers in every state and several countries (the most notable of which is the extensive effort of our team of volunteers at Landstuhl Medical Center in Germany), had books written about it, and has created a network of volunteers that make life a little easier for soldiers. Thousands of people like me have had an opportunity to make our support of troops active and normative, making our own lives more fulfilled and worthwhile in the process. It has been an amazing experience.

Of the many dedicated angels who make Soldiers’ Angels almost a full time pursuit is Linda Spurlin-Dominik. Between 2004 and 2008 Linda and Sara Ehrlich co-led the Letter Writing Team and today Linda continues as a Letter Writing Team "Team Leader" (a seven day a week enterprise). Both Sara and Linda developed it into a team that sends over 250,000 individual letters per year (one letter, one time). These letters were meant to give a soldier a boost when he or she was first deployed, and for their assigned angel (who will write to them until they come home) to have time to send that first package. Nothing brings a smile to the face of a soldier like getting their name yelled out at mail call and when you are first deployed to get 20 or 30 letters is quite a high! Linda made sure that the mechanical back-room part of overseeing nearly 50 individual letter writing teams (each with about 40-50 writers and some with up to 100 writers,) ran smoothly, kept our soldier’s information discreet, and trained the many volunteer that signed up to work on the team. This was no small feat, let me tell you. The letter writing team is Soldiers’ Angels largest team to this day, and it generates a literal ton of mail regularly.

At a certain point, and I’ll let Guardian Angels for Soldier’s Pet (GASP) explain it, Linda saw a need and met it with the exceptional dedication she brings to whatever she does. GASP’s main purpose is to support our military service members, veterans, and their beloved pets to ensure that the pets are reunited with their owners following deployment to harm's way (combat or peace keeping mission) or emergency hardship. As a shelter volunteer, we see pets be dropped off for numerous reasons, including eviction, the need-to-relocate, and financial duress. Though we have been fortunate in the time I’ve been there to not have any be left because someone is being deployed and cannot find a temporary home for their pet, I am sure it happens far too often all over the country.

Tomorrow, come back for the Q&A with Guardian Angels for Soldiers’ Pets, the first of a multi-part series about soldiers and dogs.

Labels: Series on Soldiers and Dogs
Newer Post Older Post Home
Choosing a dog may be the only chance you have to choose a relative!

Got Soldier? This group fosters their pets while they are deployed!

CLICK THE PIC to submit a pet to be fostered during a deployment.


A good dog is an oasis in a troubled world. 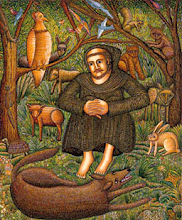 YOU SEARCH OR SHOP...
WE GIVE!

Pet adoption and
rescue powered by

Pet adoption and
rescue powered by 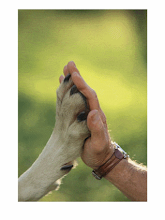 Click here for an easy and free way to help care for those in need at The Animal Rescue Site!

dellbabe68
To sit with a dog on a hillside on a glorious afternoon is to be back in Eden, where doing nothing was not boring - it was peace. ~Milan Kundera 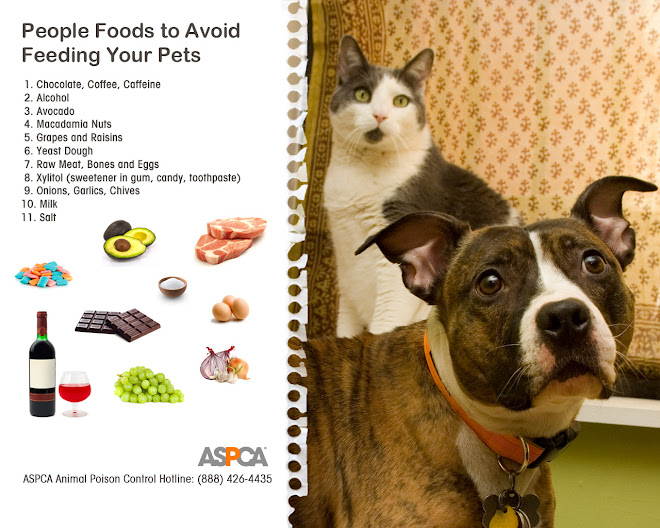